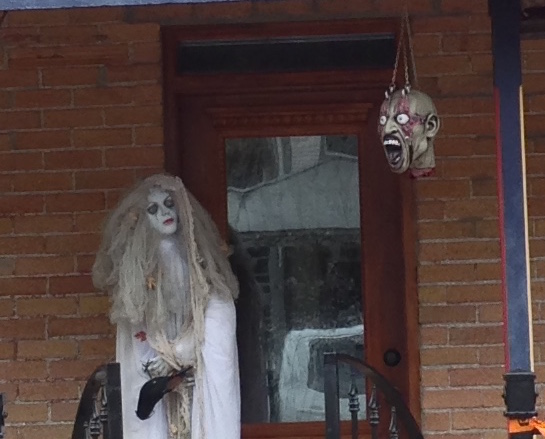 Halloween in Park City, Utah, is not a holiday to be trifled with. Perhaps you remember the Halloween Hoards of 2013 or Halloween 2014: The Candy Apocalypse. Evidence of our Halloween enthusiasm is present throughout town, but for me, Daly Ave. in Old Town shines the brightest.

Some homes are adorable and charming. 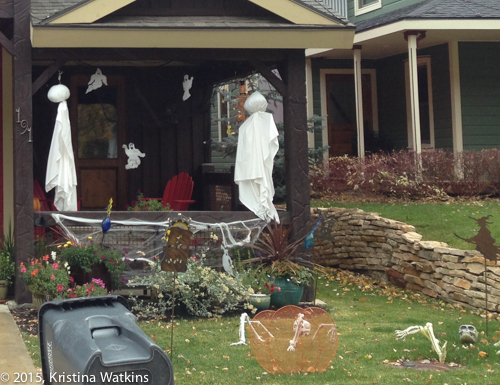 END_OF_DOCUMENT_TOKEN_TO_BE_REPLACED

New Years Eve is by itself a day filled with excitement and anticipation. Here in the ski town of Park City, it happens at one of the busiest weeks of the year. The whole world visits PC for their holiday vacations, the town is a flurry, and if we’re lucky, the weather hits us with tons of new, gorgeous powder. Tonight, there is a party at every bar and restaurant on Main Street. The resorts are all having events, and you will not be wanting for exciting entertainment. A few ideas from VisitParkCity.com.

For me? I’m all about that hot date with my sofa. No parties for me. But, I review my year and set my intentions for the coming year. And I give in to one particular superstition: Lucky lentil soup. Lentils are healthy, humble, and delicious. And for New Year’s, they cater to the tradition that eating coin-shaped food will bring good fortune for the coming year. I like the reminder that we can make something fabulous out of even the most humble of situations. So tonight, I will be tucking into a beautiful bowl of lentil soup, thinking about my year, and getting ready for 2015 to be my best year yet.

1. In a heavy pan or dutch oven, cook the bacon until it is crispy, remove and reserve.

2. Cook the onion in the bacon fat until the edges begin to turn golden. Add the garlic and cook for 30 seconds.

3. Add 3 cups of the stock, the bay leaf, the lentils, and some pepper. Cover and boil for 20 minutes. Add the vegetables, and add the broth as needed and simmer until lentils are tender and pleasant to eat. (If you like your soup more like a stew like I do, boil for another 15 minutes or so before adding the vegetables so they don’t get too soggy.)

4. Check seasoning for salt and pepper.

Serve with a bubbly beverage, a crusty bread, and of course, sharp dill pickles.

Parkites love a party, we said. Twelve hundred pieces of candy is plenty, we said. It won’t be much larger than last year, we said.

At 1 PM, the streets were still. 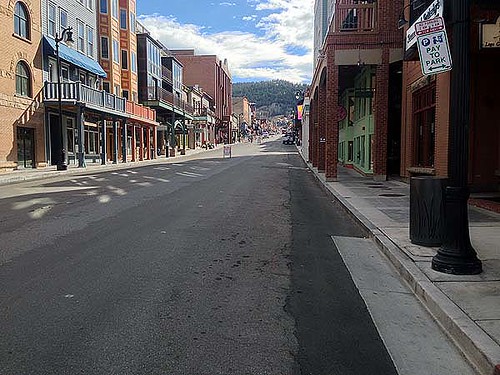 No sign of the coming bedlam. No whisper of a crowd. Nary a candy wrapper in the breeze. The only things that foretold the coming mania were road signs warning citizens not to park on the street. The city knew. The city knew all along.

We had prepared with light-hearted reverie. Amusing real estate signs and heads on stakes. 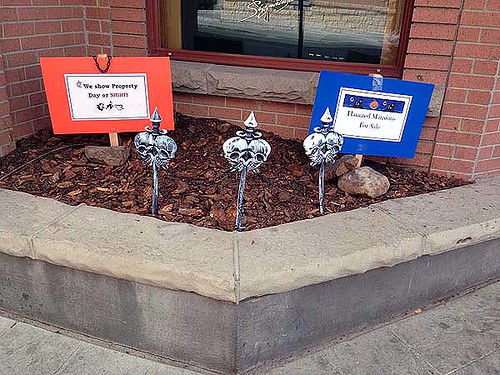 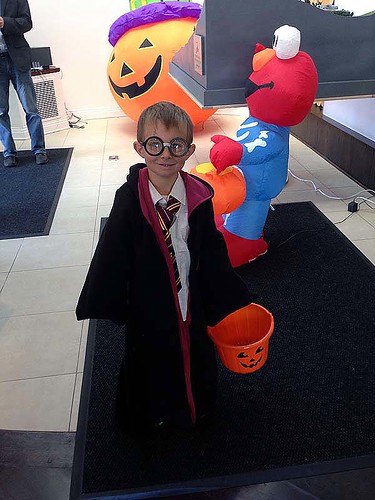 Children were the first to turn. 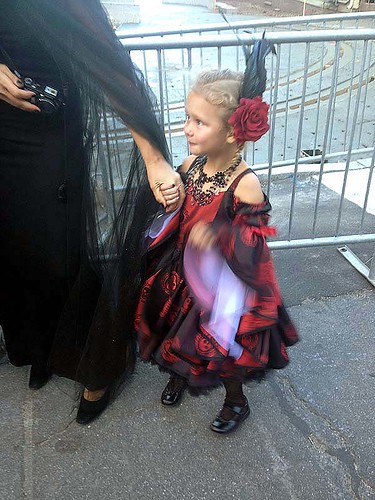 The adults presented more slowly, in isolated pockets of hysteria. 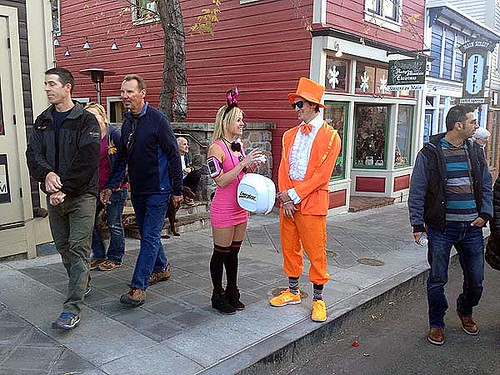 The affected banded together, bound to each other by some common theme. A similar strain. 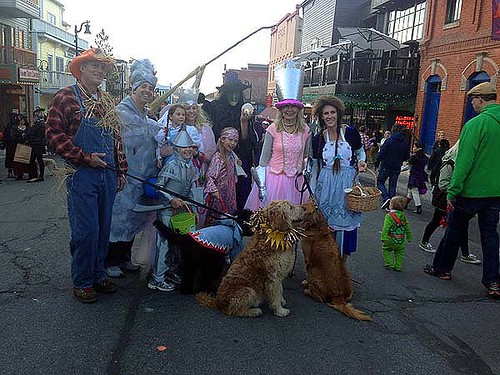 Even the animals started showing signs of the madness. 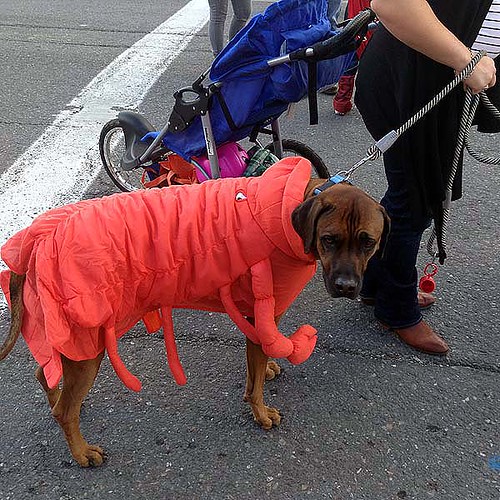 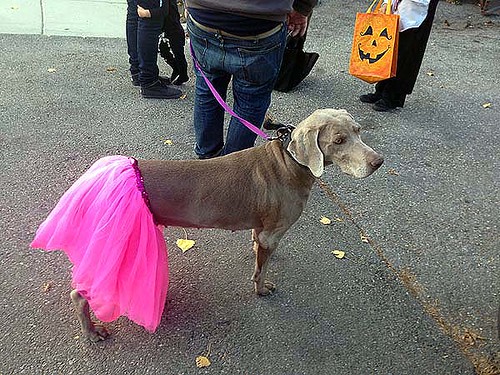 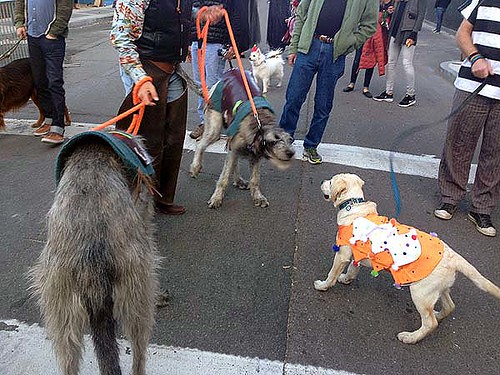 The people coped as best they could. 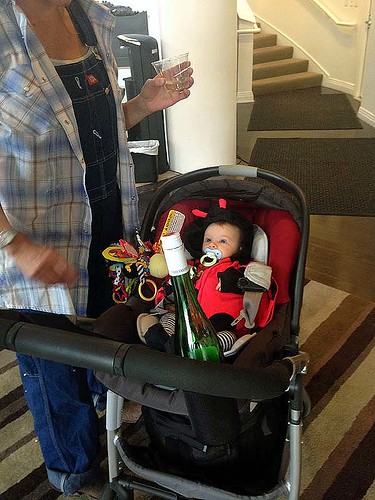 Even inanimate objects showed signs of contamination. We were never able to confirm with the Montage at Deer Valley if they indeed were afflicted as their model appeared to show. 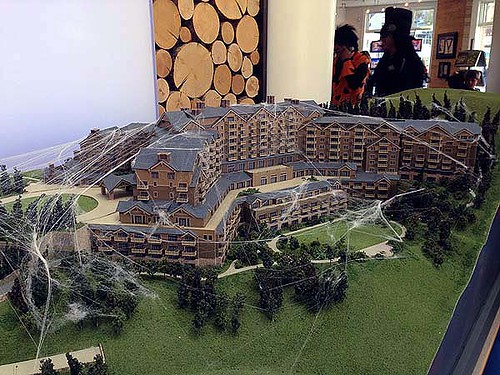 Communications were cut off; overtaxed bandwidth struggled, then faltered, then failed. Discarded phones lost in plastic caldrons of chocolate bars and hard candy. And then, they came. 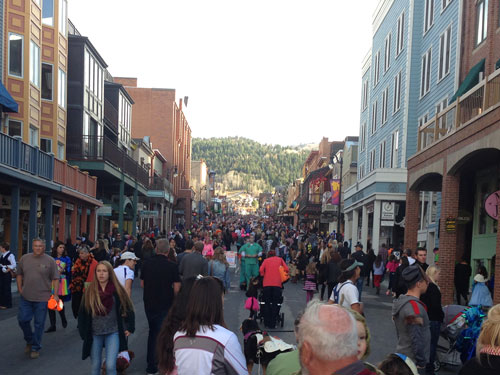 In droves they came. Wave after wave descended upon Main Street. Masquerading as a “dog parade,” the infected, the spirited, swarmed from one shop to the next.

I, and others, tied balloons to children, hoping the helium-filled beacons might give our young a chance at being found, and fed.

When supplies had run low at the doorstep of the uprising, the storm began to break. Gently, quietly, an antidote crept in. Some brave soul dared distribute the only product that could possibly tame the epidemic. 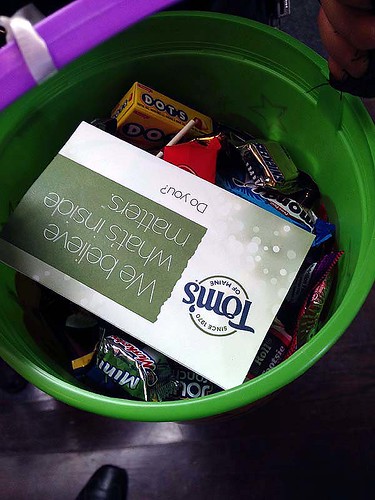 Slowly, a calm settled. As the masses began to disburse, even the most active of rioters ran out of steam. 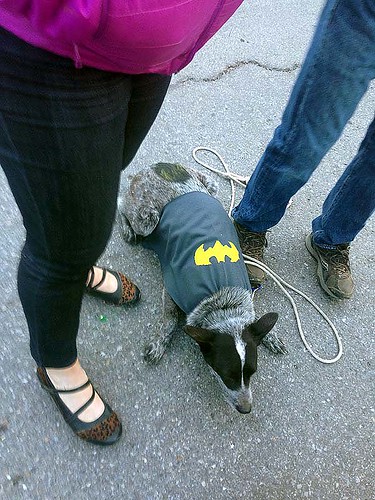 After the Great Outbreak, what came to be called Halloween on Main Street 2014, we gathered. In bars, in restaurants, on front porches and in parlors. Friends and strangers, bonded by our experience. We spoke in revered tones. We sipped cider and pondered the meaning of “fun size.” We watched Jack Nicholson chop through a door on television and boasted about how we might have skied out the window and down the side of that hotel.

And we prepared ourselves for next year.

The whole town turns out for Halloween. When we say that, I can see how you might think we’re puffing just a little. I mean, it’s just Halloween, right? Like it’s just the 4th of July or just the start of the ski season? Never underestimate the Parkite ability to have a party for any reason at all. Thus, Halloween being a legit holiday and all, Halloween in Park City is a big event.  Adults, children, and dogs dress up in fabulous costumes and wander Main Street. The road is closed to cars, music is playing, each shop and restaurant is giving out candy. We call it a parade but frankly, parades have a direction.

I’m up on the deck of the Treasure Mountain Inn here, and as I look to the very top of Main Street there’s a good crowd. Aww look at the pair of angels and doctors. And the brew pub, naturally.

END_OF_DOCUMENT_TOKEN_TO_BE_REPLACED

An affiliate link is where I post a link to a product and if you purchase that product from that link then I am paid a fee. Think of it as a finder's fee; here's this cool thing I found and like. Affiliate links are typical on many websites these days, and are nicer than having ugly and uncontrollable ads on my website. I only post affiliate links to products I actually have used and like, and I do not do sponsored posts.
Loading Comments...
Comment
×